I was able to complete my 5 year degree program in 4 years and squeeze the final year of my MEng into the 5th year. The result: no debt, 5 years work experience on my CV and a great start to a better-paid job. 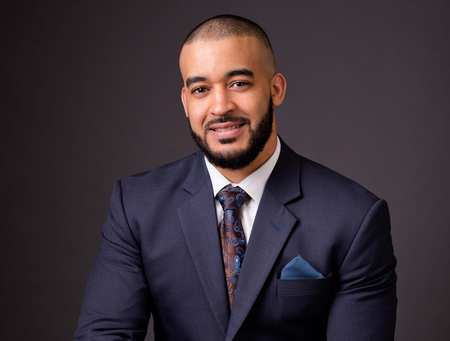 Terrell Dando graduated with an Electrical and Electronic Engineering Degree and Masters in 2010. During his time on Network75 Terrell was placed with Siemens Building Technologies located in Newport. Since graduation Terrell has taken on a number of exciting roles and has since been successful in gaining employment with some of the worlds biggest engineering employers such as General Dynamics UK, Zodiac Aerospace UK, BAE Systems and more recently Amphenol Phitek in New Zealand

During his time at both General Dynamics UK and Zodiac Aerospace, Terrell took on the role of a Lead Programme Quality Engineer which involved leading a new quality team in the design and development domain of a world class provider of aerospace products. Terrell was also responsible for all quality management, engineering and assurance activities on a £98M expansion project of the Holy Mosque in Makkah, Saudi Arabia. Terrell’s hard work paid off as he was offered a role as Acting Quality Director at Zodiac Aerospace.

In September 2014, Terrell secured a job with one of the world’s biggest defense technology suppliers “BAE Systems” at their Saudi Arabia base as a QA Specialist. The role involved the control and improvement of activities for the Royal Saudi Air Force and adviser to Senior Officers. He also designed and developed his very own Quality Management Systems for 9 centers and sections across the organisation including air bases.

After spending two and a half years with BAE Systems, Terrell took hold of another fantastic opportunity, Since March 2017 Terrell has taken role of Director Of Quality for Amphenol Phitek based in New Zealand. Where he is responsible for establishing and enacting a quality strategy and for ensuring the quality budget is planned, implemented and closely aligned with the 3yr corporate strategy. Terrell also recovered the company's 9-month assurance program-backlog whilst reducing company spend within 6 months of assuming the role.

Here is what Terrell had to say about the Network75 scheme:

"During a colourful presentation at my college engineering lab, a member of the N75 team provided me with a new route to University I didn’t know existed. The team setup a series of interviews with various Blue Chip companies as far as Port Talbot; I settled with Bewator Ltd based in Newport which later became Siemens Security UK Ltd. Siemens was the springboard for my professional development and thanks to the flexibility of the N75 scheme and host company, I was able to complete my 5 year degree program in 4 years and squeeze the final year of my MEng into the 5th year; the result, no debt, 5 years work experience on my CV and a great start to a better-paid job. As an interviewee and an interviewer, having the correct education and work experience ratio is vital; the correct mix has led me to lead teams of 67+ staff, advise the Royal Saudi Air Force on Systems that enable the Euro Fighter to fly combat missions and, travel the world including: Europe, North Africa, Asia, Middle East and now South Pacific.

"Would I recommend N75 to others? Definitely! Was it easy? No, not by any means; but you get out what you put in and in my case, the hard work was worth it."