My working day changed very little as I transitioned from a Network75 student to full time employee at GOS, which has made starting employment stress free

John Hopkins graduated from the University of South Wales in 2020 with a BEng (Hons) Mechanical Engineering (2.1) after successfully completing 5 years of study via the Network75 scheme.  In his final year of Network75 John designed and oversaw the production and testing of a rail line ballast distribution unit, which he also used as the subject for his dissertation.

“The unit is used on a rail line to collect and distribute (i.e. remove) used rail ballast. The unit is able to work continuously by switching between two hopper compartments. This feature is a first in the industry; no comparable machine exists.

I was responsible for the complete design of the hopper, using a CAD package to create drawings used for the production. I was also responsible for designing the electrical and hydraulic systems required to operate the machine. I then oversaw the manufacture of the hopper, and finally spent a week on a rail site running tests to ensure that the machine works as intended.

The project took around 10 months to complete, consisting of the three main stages:  design, manufacture and testing. As with all prototypes, problems were encountered which I was required to fix as quickly as possible to prevent a late completion of the project.

To be working as an engineer on a real job while I was still a student was great preparation for my current job. It almost felt like being on well-paid 5-year work experience. My working day changed very little as I transitioned from a Network75 student to full time employee at GOS, which has made starting employment stress free”.

Here is some footage of the machine in action on GOS Tool and Engineering Services LinkedIn Page (Please note: this is an external link). 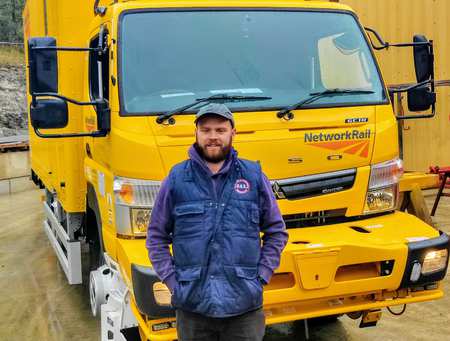 Whilst undertaking the Network75 scheme John was sponsored by his host company G.O.S Tool and Engineering Services in Blaenavon.  GOS offered John employment prior to graduating and he now works as a Design Engineer designing and adapting machinery for use by the rail industry.

John’s role involves all aspects of the projects GOS undertake, including mechanical, electrical and hydraulic design, overseeing production, testing as well as modifications requested by customers.  John is the second Network75 student to be sponsored by G.O.S Tool and Engineering Services, following in the footsteps of Rhys Howells who graduated in 2017.   GOS also have two current Network75 students as they continue to engage with the scheme to ensure they have tailor-made Engineers as part of their future resource planning.

John initially had concerns about undertaking the Network75 route.  He thought studying for 5 years would mean that his friends from school and sixth form college would be years ahead of him when he graduated.  However, he has found the opposite to be true as many of his friends who undertook traditional routes are still seeking employment.

John is reaping the benefits of the scheme by graduating with 5 years of industry experience, an honours degree, and no student debt.  The Network75 scheme is also benefiting another member of the Hopkins family with John's sister Grace also enrolled on the scheme. 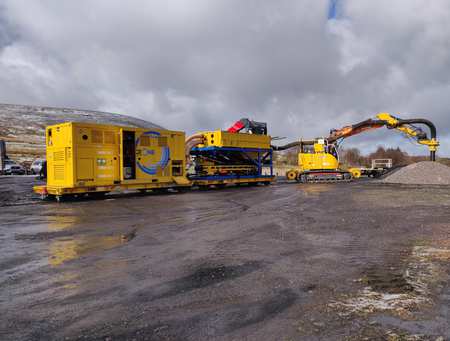 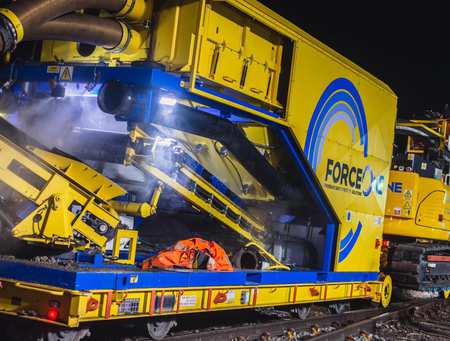 Inset: The Rail Ballast Distribution Unit being used on site