Aran studied a BTEC Level 3 Extended Diploma in Electronic/Electrical Engineering at Coleg Gwent Crosskeys Campus before gaining a place on Network75 to study BEng (Hons) Electrical and Electronic Engineering.  Aran had the opportunity to work on the £350m Grange University Hospital through his placement with NHS Wales Shared Services Partnership.

"Llanfrecha Grange Hospital is the latest addition to the Aneurin Bevan University Health Board.  It consists of 470 inpatient beds for those who require highly specialised services including critical care. Construction of the building took around 3 years and I was introduced to the project at the very start.  I remember driving there and seeing just the concrete foundation that the building was going to be built on.  At this stage of the build my involvement was:

I also had the opportunity to witness a factory acceptance test at JW Morris in Bridgend where I carried out functionality testing (electrical interlocking), pressure testing (Ductor testing), visual inspections and checks on the forms of separation within the panel.

Testing the fire cause and effect also demanded a lot of my time at the Grange.  On the cause and effect matrix there are 200 fire alarm zones identified which are not only constrained to the main building hospital but also the surrounding zones including estates, plant rooms, bin stores, etc. Of these zones, 36 are vertical zones such as lift shafts, risers and stairways. The remaining zones are all horizontal such as corridors, hospital street, ward areas, offices, etc. Each zone has to be tested by activating a fire detection device, ensuring that the zone in evacuation, surrounding zones, dampers, AHUs and access control respond as they should.  Zones above and below the zone in evacuation are not affected as the hospital is fitted with a sprinkler system.

After some time away from the Grange working on other projects involving electric vehicle charging with NHS Shared Services, I and two other colleagues who are also Network75 students made a return as a secondment to the Grange in July 2020. At this point the building was built and many of the services inside were complete and awaiting testing. Not long before my arrival part of the hospital was offered to the Aneurin Bevan University Health Board early due to the Coronavirus Pandemic.  Being at the Grange during this period meant we could be utilised as an additional resource, freeing up time for Estates Staff.

My biggest involvement during this secondment was with testing of the Nurse Call system.  There are 470 inpatient beds within the hospital, all beds on the ward side of the building have their own room with an en-suite and each en-suite is fitted with patient and nurse call. On the D&T side of the building nurse call can be found in all patient cubicles, theatres, Radiology and any other patient based area. Testing included checking all methods of activating a call worked, the follow me lights signaled correctly, the alarm tones were correct and the call identification at panels were accurate.

Some of the other testing that I was involved in included:

I was also introduced to a snagging software called Field View that allowed me to find the exact location of problems that people had identified on the app to see if they had been resolved. Also being able to walk around the site and find interesting things that I would not normally see such as an open CT Scanner.

My time at the Grange was an incredible learning curve and an experience I will never forget. It is not often hospitals with the same stature as the Grange are built and seeing it develop from start to finish was very beneficial. Understanding the operational estates side of the NHS and working alongside experienced engineers has opened my eyes to new avenues in my line of work in addition to developing skills and experience I can take forward to future projects". 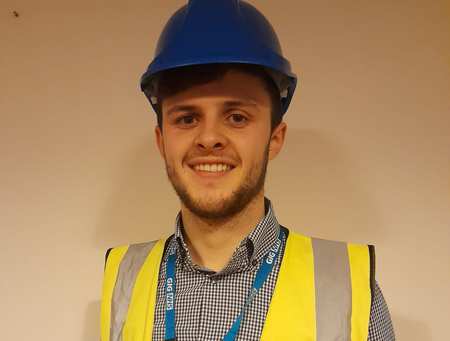 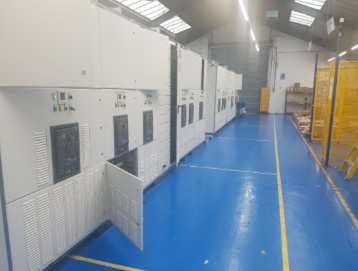 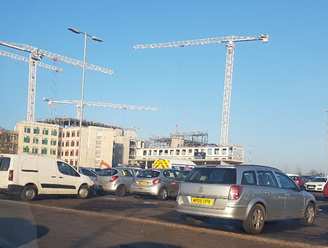 Inset: During construction at the Grange University Hospital